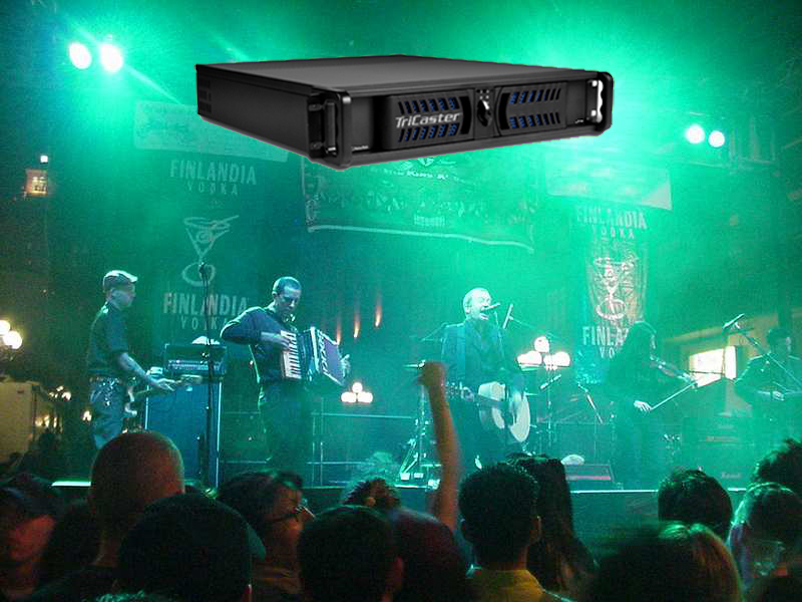 So lets face it. You’ve all seen the bad, low quality video and audio streams of indie band concerts broadcast throughout the web. Generally they consist of video footage from an SD camcorder and audio recorded straight into the camera’s tiny onboard mic. That doesn’t really give an accurate representation of the band’s capabilities; in this age of viral marketing and YouTube, even an extremely talented band’s reputation can be marred by poor quality footage. I’ve seen it happen many times. So how can we solve this problem?

The TriCaster, with its high quality HD video inputs and professional XLR audio, is the perfect solution for creating high quality band footage. It is extraordinarily easy to switch between multiple cameras on the TriCaster, and you can take the audio feed straight from the mixer. Presto– professional footage from the concert, edited in real time, and ready to show off to the people in the industry. And with a streaming encoder, you can stream the feed to the internet in high quality so all of the band’s fans can feel like they’re actually there. Now that sure beats the vast majority of band concert footage. Rent a TriCaster, and set your band closer to stardom!